Guns and Girls at New Theatre

Britannia, by Gareth Farr, sees Carl, a young unemployed man, join the British army to escape boredom in Blackpool.  As the recruiter (who had a stock of orange hair and reminded me of a certain
warrior prince), promised Carl gets to see the world, but ends up driven mad by the war torn Afghanistan. Vincent Andriano (Carl) gives a muscular performance. All the cast managed their British regional accents well. The military costumes and props were frightening realistic (although the actors appeared to be wearing US OEFCP, not British Army PCS-CU uniforms and carrying US Colt M4 Carbines, not the UK SA80 assault rifles). The dark grim set was effective at being the Blackpool waterfront and an Afghan battlefield. There are some laughs but there is a harrowing, all too believable ending. 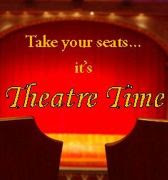 The interval between the two pays was enlivened by a large group from the "Theatre Time Sydney Meetup Group". I have only attended geeky IT events through Meetup and it had not occurred to me it was used for cultural events (and to get cheaper theater tickets). It looked like fun.


Slut by Patricia Cornelius, depicts a rat-pack of six school girls who grow up idolizing and then despising the most sexually adventurous of their class. The actors mange to play believable catty schoolgirls, increasing in age and maturity as the play progresses. The play itself is a little too conventional with the "Slut" of the title punished in the end for her behavior, as she would be in a morality play of centuries past.

After two hours of grim theater I am looking forward to New Theatre's "THE REAL THING" by Tom Stoppard (opening 6 October).

Posted by Tom Worthington at 6:00 PM