Will The Internet Change the Chinese Government? 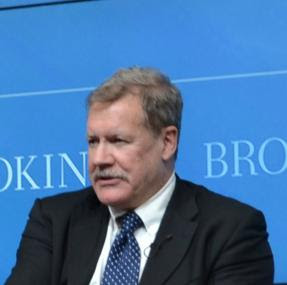 Professor Greg Austin, Professorial Fellow, EastWest Institute (New York) will speak on "China and Ethics in the Information Age", 12:30pm, 6 May 2015, at the Australian National University in Canberra. Professor Austin is the author of Cyber policy in China (Wiley, 2014) and a talk on the book from the Brookings Institution is also available.

It occurs to me that the "universalizing effects" of the information age Professor Austin refers to also apply to other governments, including that of the USA. It is usually assumed that the Internet is a product of the USA and brings with it US values, but it should be noted that the World Wide Web was developed by and for European scientists, with different values.


China’s leaders want the country’s citizenry and other governments to believe that the Communist Party controls the ethical settings of the country’s participation in the global information society, especially in respect of the principle of “internet sovereignty” and state censorship. This is a propaganda claim that can be challenged on several levels. At the theoretical level, relying on philosophers of the information age, we can conclude that once China’s leaders made a commitment to transform it into an advanced information society, deeply integrated into a global information ecosystem, they became subject to new ethical realities.

Posted by Tom Worthington at 5:56 PM