Joseph explained his first computer was a Dulmont Magnum 1970s laptop. He explained that to replicate the power of the mobile phone he has today using the Dulmont's 870's technology would require a computer which would cover much of eastern Australia. Mobile phones are powerful and have wireless data, but organisations have difficulty exploiting this. Joseph argued that mobility strategies fall in a gap between small and large IT projects and then go wrong.

However, he did not explain what an "Enterprise Mobility Strategy" was. I assume it is related to "Enterprise mobility management" and it is to do with replacing desktop and laptop computers with mobile phones and tablet computers. However, as Joseph points out that the mobility strategy needs to be connected to the organisation goals. It seems to me that on its own "mobility" is not much use: the organisation has to have something which it doesn't or wants o do, which could be done better mobile. 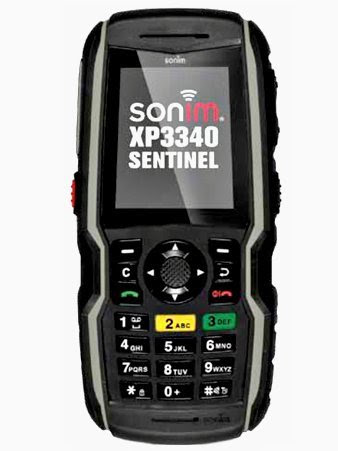 One example which Joseph gave was gas workers who had to drive an hour back to base to pick up details of their next job. It seemed odd to me that such workers would not already have a two way radio for receiving jobs, while on the road. He pointed out there were some difficulties for using standard mobile phones in this situation, such as worrying about the risk of sparks from the phone lighting gas or workers being overcome by gas a not noticed missing for hours. However, there are intrinsically safe phones with lone workers/man-down alarms. The intrinsically safe devices have been designed so they don't create sparks. A "lone worker" device will sound an alarm if the worker does not move for an extended period and may be incapacitated. An example is the  SONIM XP3340 Phone.
Posted by Tom Worthington at 5:33 PM