The imagination of Ada Lovelace in Canberra, 10 October 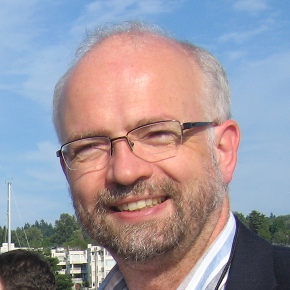 David De Roure, Professor of e-Research at University of Oxford will speak on The imagination of Ada Lovelace: an Experimental Humanities approach, at the Australian National University in Canberra, 10 October.


"In over 200 years since Ada Lovelace's birth, she has been celebrated, neglected, and taken up as a symbol for any number of causes and ideas. This talk traces some paths the idea of Lovelace and her imagination of Charles Babbage's Analytical Engine has taken. In particular, we focus on music and creativity, after Lovelace's idea that 'the engine might compose elaborate and scientific pieces of music of any degree of complexity or extent'. ..."


I first came across Ada Lovelace in the 1980s, when the Ada programming language was named in her honor. I get a mention in the "IEEE Recommended Practice for Ada as a Program Design Language" (1987). In 1994 I attended the play "Arcadia" by Tom Stoppard, at the Sydney Opera House. The main character, Thomasina Coverty, is based on Ada. Also referenced in the play (by name) is the landscape architect ‘Capability’ Brown. A week later I was a few kilometers outside Oxford looking at Blenheim Palace across the lake and grounds designed by Capability Brown. This reminded me of Canberra. Two years later I used "Building Arcadia" as the title for an innovation strategy for Canberra (now implemented).
Posted by Tom Worthington at 10:05 AM