Fixed my Digital Camera With a Bicycle Pump 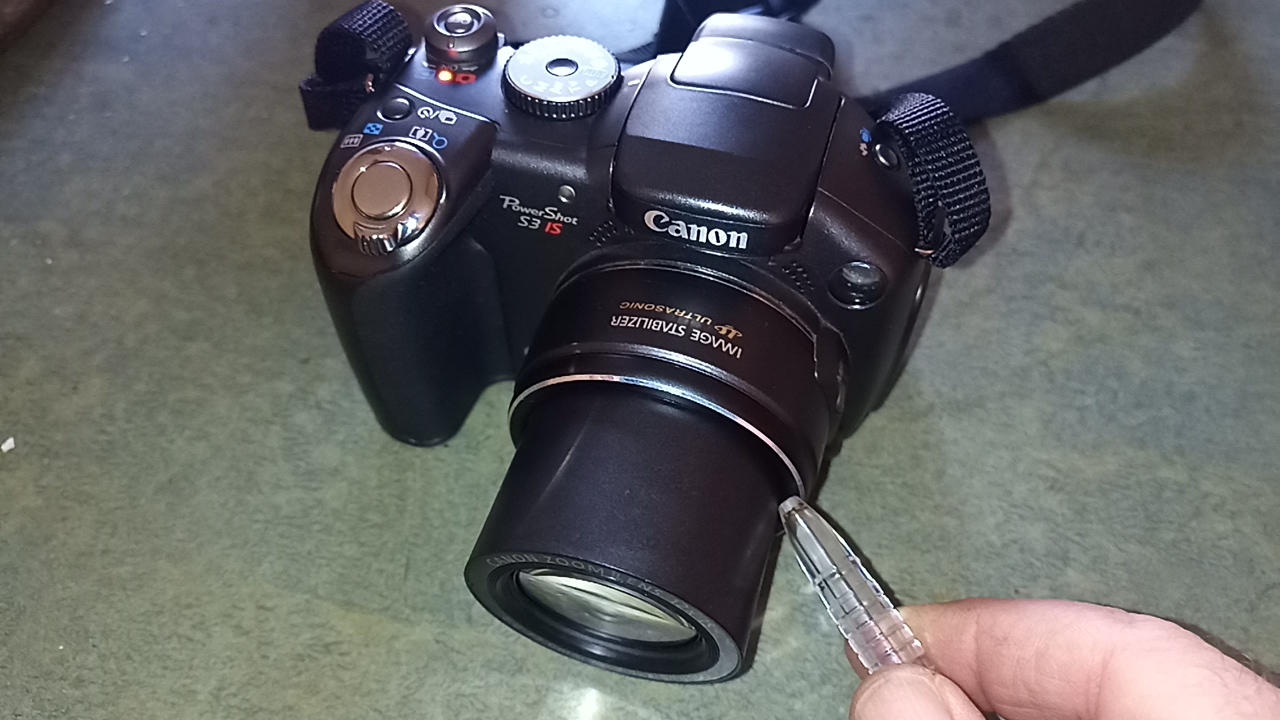 Months ago, before Canberra's latest lock-down, I purchased a second hand Cannon Powershot S3 IS,  digital camera from Vinnies Dickson charity shop. It was a bargain at $30 (cost $799, new, 15 years ago). It just needed 4 AA batteries ($10 rechargeable) and a memory card ($5).

At 6 megapixels, this camera is far lower resolution than my smart phone. But I normally have the phone set for 1 or 2 Megapixel photos anyway.

It is much easier to take a photo with a camera, such as this, which has a viewfinder you can hold up to your eye, than with a smart phone, or a digital camera with a screen on the back. The camera also has a screen which swivels out and around, so you can take a close up at an odd angle.

The only problem was the camera would switch off every time I zoomed the lens out to the full extent. A web search sowed this was a very common problem. Suggestions ranged from the, not very useful "It appears a fault, you need to have it repaired", to the complicated "Here is how to disassemble the camera".  One tip was that there could be dust on the switch which detects when the zoom is fully extended.

One video showed blasting the lens with an air-compressor. That seemed a little extreme, especially when the whole camera is shown sliding along from the air pressure. My own little air compressor, had no effect. But I found a bicycle pump, with the adapter for inflating an airbed worked fine. I extended the camera lens, and placed the nozzle between the lens and camera body, working all the way around, blowing in air. The zoom now works fine.
Posted by Tom Worthington at 4:54 PM