Fear in The Suburbs 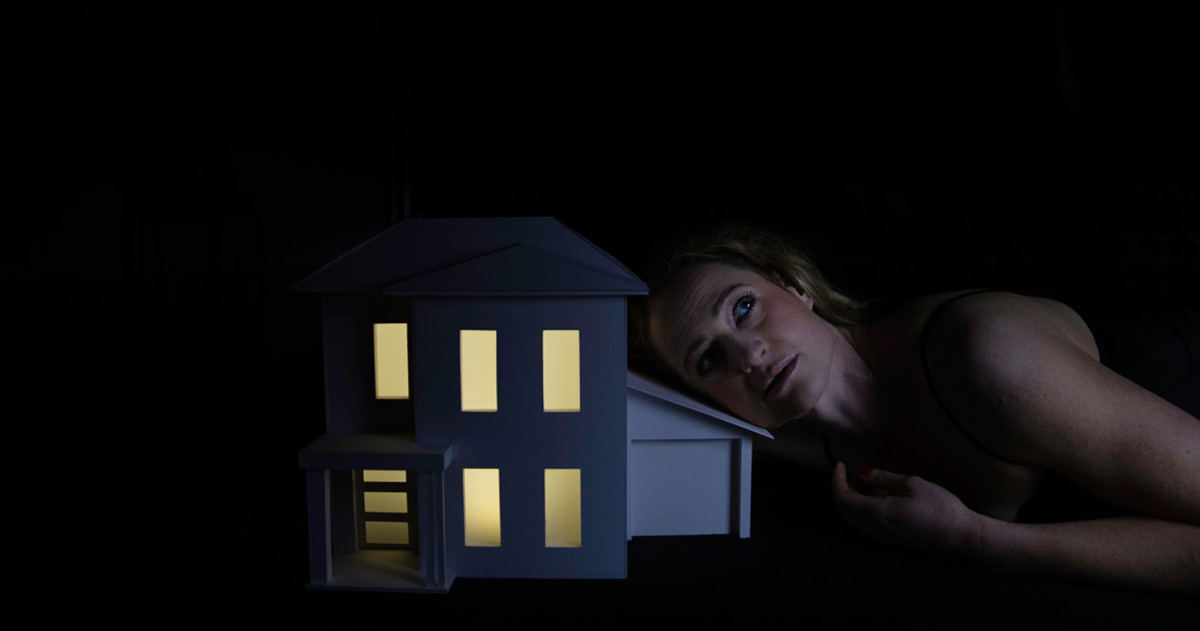 You have only tonight left to catch the world premiere season of Phillip Kavanagh's play "Little Borders" tonight at Old 505 Theatre, Newtown, Sydney. This dark comedy has a main character "Steve" (BRANDON McCLELLAND) who looks disturbingly like a young Donald Trump. With his wife "Elle" ( LUCY GOLEBY) they feed off each other's middle class suburban fear of neighbors who don't look and talk like them.

The play won the 2011 Patrick White award and perhaps should get a political award as an allegory for the state of the western world. We have a world fearing the different, building walls, fearing those in our community and adopting violent solutions to what are social and economic problems.

CHARLIE EDWARD DAVIS and JEREMY ALLEN's spare set helps set the brooding atmosphere. There are only two actors in this play, but the playwright paints such a vivid picture of other characters that at one point I was thinking how good their performances were (before realizing they were just word pictures).

505 Theatre is an intimate venue, but this play deserves a larger and longer outing.
Posted by Tom Worthington at 6:01 PM