Santa-land Under the Archway in Sydney 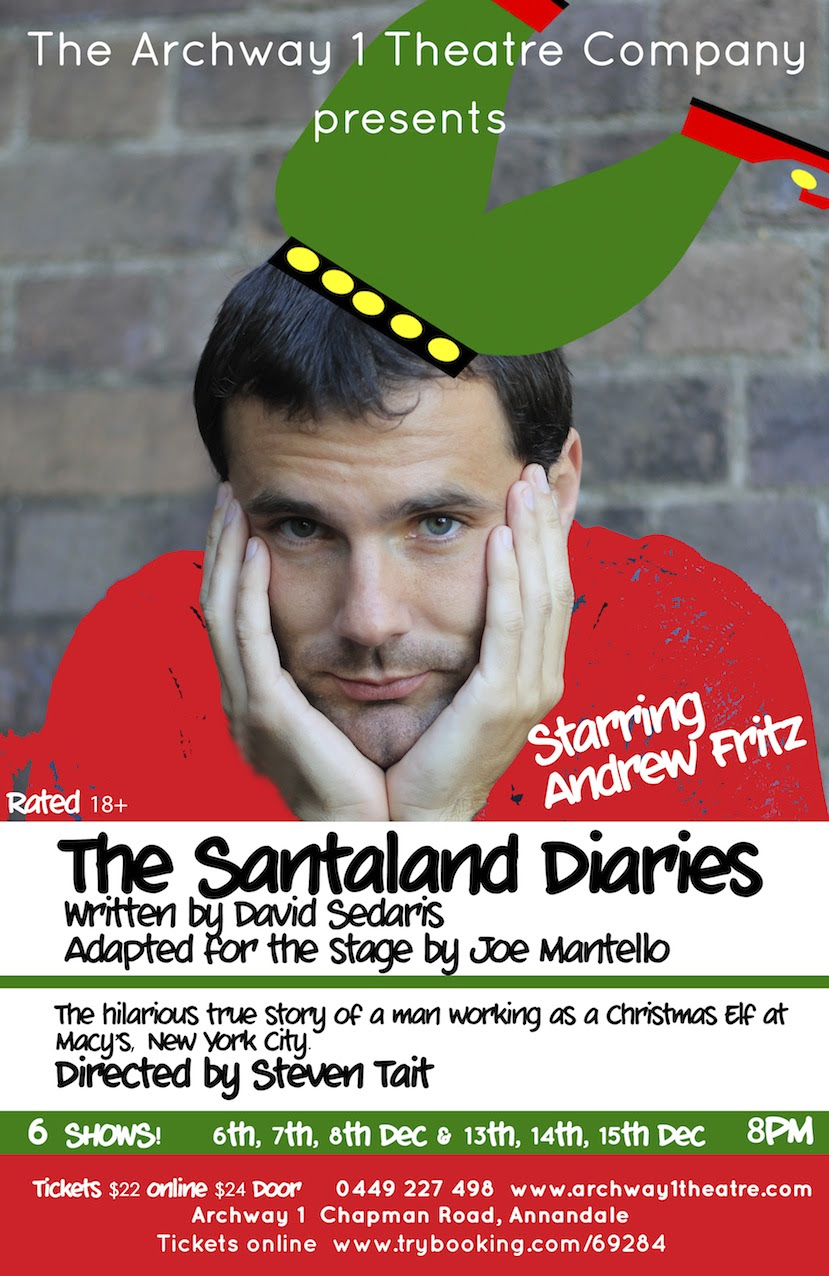 The play "The Santaland Diaries" by the Archway One Theatre Company in Sydney would be good for a hens night. As the only male in the audience, I felt a little out of place. Andrew Fritz gave an excellent one man performance in tights, as an actor who has to swallow their pride and spend Christmas as one of the elves in Macey's Department store.

Archway 1 Theatre is located in the brick viaduct under the Sydney Light Rail line. The play is set in a New York loft apartment and Santa's house in Macey's store. The solid old brick vault over the stage provides an atmospheric setting (with trams rumbling overhead reminiscent of the NY EL). The layers of white Christmas decoration add whimsy. But some of the play's NY references do not translate well for an Australian audience, particularly the racial issues.

There are a few laughs, but perhaps not enough to sustain the performance. A one man show is always difficult and in this case the material lets the actor down. SantaLand Diaries was an essay by David Sedaris, read on US NPR and later adapted for the stage by by Joe Mantello.

There are three more performances Santaland Diaries, 13, 14 and 15 December. The theater can be very difficult to find: park in Chapman Road and continue down the street on foot, past the bollards, to the archway under the viaduct.
Posted by Tom Worthington at 6:10 PM