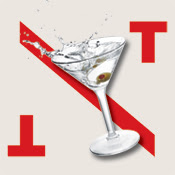 Last night's performance of Noël Coward's "Hay Fever" at New Theater, Newtown, Sydney confirm it as an actor's play. A crazy family in a 1920s country house drive their guests to distraction. Alice Livingstone has great fun in the lead part as a retired actor, Judith Bliss, reliving her stage triumphs. Tess Haubrich as Myra Arundel standard head and shoulders above the rest of the cast both literally and in performace.